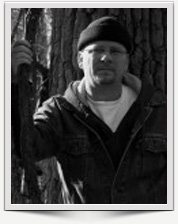 A few years ago I was at the fair on the square here in Danville where I live. Every kind of flower could be purchased that day but the booth I was attracted to was selling what I considered weeds. I spent time being educated by these people who where promoting Indiana native wild flowers, so I purchased some to put in my garden to see what would come out of what I considered weeds. As I was leaving with my new weeds the gentleman called me back and ask if I would be interested in the plants remaining on the table because no one wanted them. He said that they where done for the day and that the unwanted plants would die if they didn’t get back into the earth soon. That summer while my cultivated flowers flourished and bloomed with brilliant colors my purchased weeds seemed to just struggle, barely hanging on to the edge of life and then withered away in the fall. Sadly my neighbors dandelion population increased by the multitudes without any effort at all.

Last year we had another drought here in Indiana and as I tried to save my cultivated garden by watering it, the only thing I accomplished was to increase my water bill to the point that the sacrifice I was willing to pay to keep a beautiful yard, was exceeded by the increase of the drought. The lack of rain from the heavens produced death in my garden, but the weeds flourished. Seeing that the only green to be found in my back yard where weeds, I let them live without judgment brought forth by the weed wackier, other wise known as “The Troy Built 4 Cycle Weed Eater”.

IMG_0031The weeds grew daily in the midst of the harsh heat and lack of rain. Some of them grew tall, some short. We had skinny weed and bushy ones and then something happened one day… the weeds began to produce flowers. Beautiful purples and yellows, pinks and white ones accented with lavender. One particular weed I took personal interest to kill out of our yard for years produced a trumpet blood red and orange bloom. Breath taking beauty that did something I tried for many years in my yard, It naturally attracted Humming Birds!

Somewhere in my past I was taught to identify weeds and destroy them because they are bad. I now judge my past education on weeds with a single question; “Who” determines what is a weed and what is a flower? Sadly, a man taught me the difference, but God has changed the way I see flowers today just as he changed the way I see people living on the street. An old saying that is so very true; You should not judge a book by it’s cover.

The next time you find yourself walking down the street and come upon a man or maybe a woman sitting at the edge of the road shaking a cup or holding a sign. The next time you see someone slumped over in the alley with a bottle in their hand or maybe an old man_MG_6057 approaches you with the putrid smell of the street, don’t judge the book by its cover. It is not enough to drop a few dollars in their cup to sooth your pity. Ask God to open your eye’s and your heart and show you what he sees. When we learn to see past what the world teaches us to see, we will see the brokenness that brought someone to the place they gave up hope.

The average American today would not survive a crises that pushed our country into the great depression many years ago. What if our government failed over night, what if the banks shut down and your ATM card stopped working, what if your employer couldn’t pay you, what if there wasn’t any food at the store you shop at? What would happen to you?

Ok, that seems a little hard to believe but what if your wife became sick with incurable cancer and she wanted to go back home where she grew up, where her mother and father lived? You have your own business and because you love her so deeply you move that business clear across the country with all the difficulties to a state you have never lived in. Your struggle is between trying to continue to earn a living so you can pay the insurance that cares for your wife and spending every moment possible with the love of your life. Your life seems to be coming together and then one day you come home to find her… you find her where she gave up hope and ended her life.

Not far from my home in Danville lives a man. He lives in a broken down tent covered with old torn plastic tarps to keep the rain out. There is trash scattered about in piles here and there. An old frying pan sits on the ground where he cooked something a few days ago. From time to time a rat will scurry through the trash to find something to eat. His fingers are stained with nicotine, he holds a pint of cheep vodka just wanting to be left alone.

Where the world sees a lost cause, I see a man who lives the nightmare I described above… everyday. I see a man who has lost everything dear to his heart. Would you survive this kind of crises in your life? What would happen if a drought came into your life and took every good thing from you?

Again I ask; “Who” determines what is a weed and what is a flower?